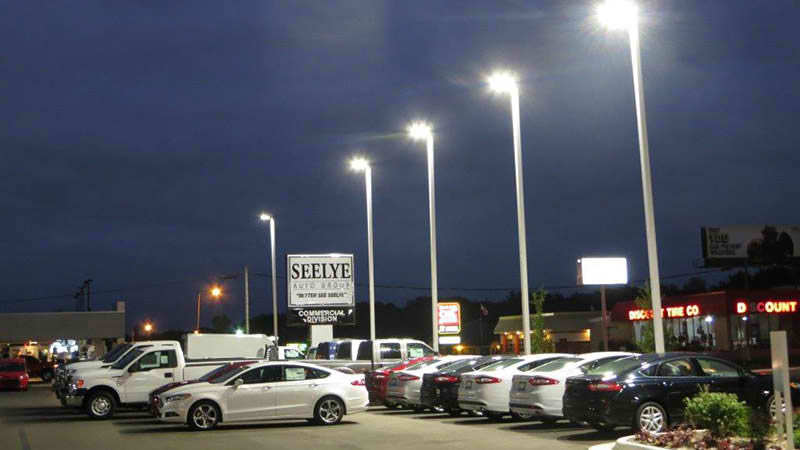 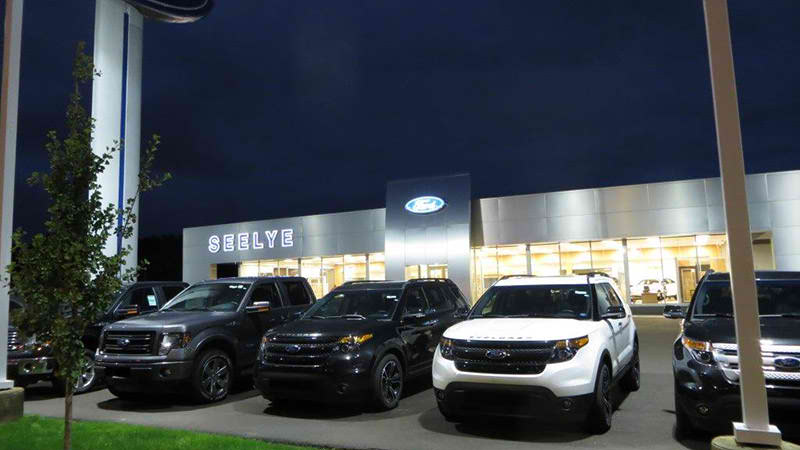 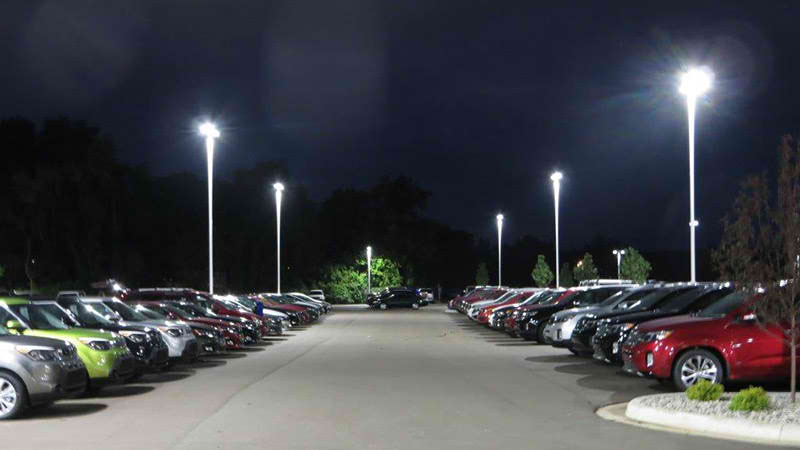 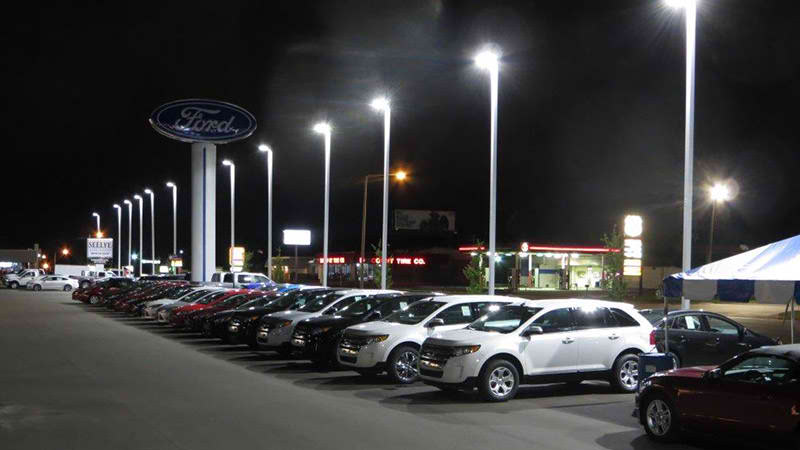 Lumerica engineers worked with Don Seelye Ford and Spectra Contracting to determine areas where light would be needed for display purposes and for safety and security. New local lighting ordinances also had to be considered. The collaboration and research resulted in a recommended layout of 1000W HID equivalent LED fixtures along the front of the dealership and 400W HID equivalent LED fixtures toward the rear of the dealership.

After installing the Lumerica LED fixtures, Don Seelye Ford realized more than a 90% reduction in electricity usage for exterior lighting -going from almost 130,000 watts of electricity draw to just over 12,000 watts. In addition, the dealership will realize over $12,000 in annual maintenance savings.

"The renovation provided us a great opportunity to take a good look at our lighting. While the proposed layout and move to LED lighting made a lot of sense and the lights looked great after installation, I was shocked to see our electricity bill after the first month of operation. The savings are incredible."