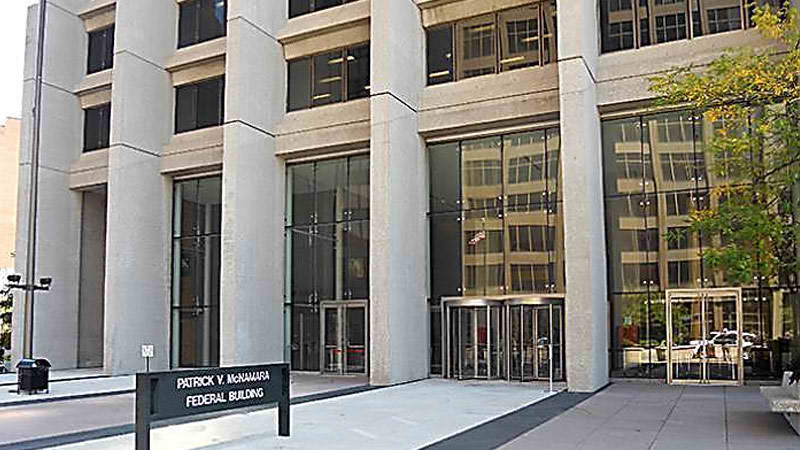 The Patrick V. McNamara Federal Building occupies an entire city block in downtown Detroit. Opening in 1976, the building features nearly 1 million square feet of rentable space: major tenants include the IRS and FBI. In 2010, the General Services Administration funded modernization work which included the FBI office build out of 8 floors, including an FBI dedicated entry, conferencing center, mailroom, and fitness area. High-efficiency lighting and occupancy sensors were specified into the project, and Lumerica LED Tubes were selected to replace over 2000 fluorescent tubes in these areas.

The modernization work was finished in mid-2014, and one of the final projects entailed replacing 140 aged high intensity discharge light fixtures in the parking garage. The new Lumerica LED Garage Fixture will reduce electricity draw for lighting in the garage by 70%, a significant cost savings as the fixtures operate 24/7. Lumerica LED Garage Fixtures will operate 3 to 5 times longer than the fixtures they replaced: Lumerica’s fixtures are completely modular and can be serviced to last additional life cycles.

"When we first started the project in 2010, LED technology was just hitting the market. Since that time, Lumerica has repeatedly stayed out in front of the market with quality products that provide a great value. It's nice to have a Michigan manufacturer who will work closely with us to ensure the right result for the customer."